From Locks to Packaging

A Look at India’s Offbeat Museums

From a museum that has more than 150 cycles to one chronicling the history of packaging and design, India has its fair share of offbeat museums. Over the years, Indian museums have gone beyond their traditional incarnations that document the history of Indian civilisation and culture, to become thematic chroniclers that tell their own stories of social and cultural evolution. No matter how banal these objects from the past might seem, they still offer a peek into our history.

While most might be familiar with the Sulabh International Museum of Toilets in New Delhi—rated one of the weirdest museums in the world by Time magazine in 2014—there are numerous other museums in India that preserve everyday objects that are usually not considered artefacts. We look at some of the offbeat museums in India that take us through a labyrinth of such peculiar objects. These institutions not only change our perception of museums and how we look at history, but also offer insights into personal narratives that have their own nostalgic charm.

This two-storeyed museum in Erandwane, near Pune in Maharashtra, also known as the Keshavrao Jagtap Museum, lets one peek into the fire and rescue legacy of India. The museum, which derives inspiration from London’s Fire Brigade Museum, houses a famous Rolls-Royce fire truck that was used during the 1961 Panshet Dam rescue operations. It also has a collection of various items such as ladders, nozzles and helmets worn during the British Raj as well as equipment for water spraying.

The Erandwane Fire Museum not only preserves historic equipment, but the legacies of various firefighters as well, whose suits are on display on the first floor of the building. In an attempt to raise awareness, the museum holds regular workshops and awareness sessions for schoolchildren, demonstrating firefighting techniques using two active fire brigades. 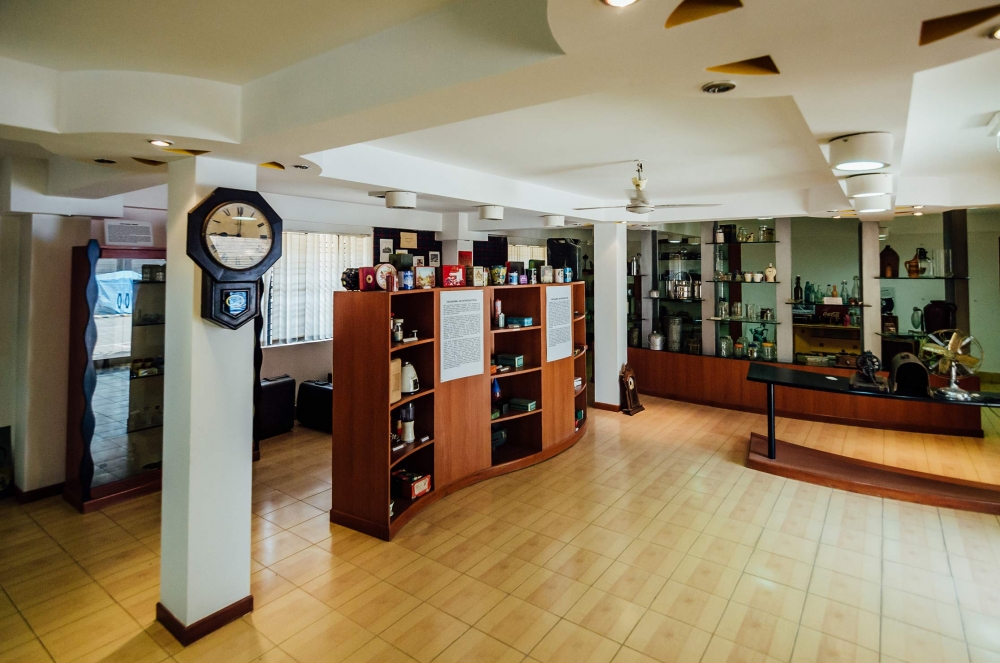 Established in 2003, the Manjushree Heritage Museum of Packaging and Design is one of the most fascinating museums in India. It chronicles the evolution of packaging in the 20th century and is home to around 2,000 items, such as the gramophone records of Lata Mangeshkar, a tin case of Cadbury Fry’s Chocolate Cream, a velvet-lined cutlery kit and wood-finish radios. The museum not only sheds light on the evolution of packaging styles, material and technology, but also how the packaging of specific products, such as Coca-Cola, has changed over the years.

Hours: Visitation by appointment only. Contact +91-8071116200 or info@manjushreeindia.com for a private guided tour

Since the invention of the dandy horse or ‘running machine’ by Karl Drais in 1818, cycles have been constantly evolving and are in use even today. In India, thousands of people commute on bicycles each day. Thus, it might not come as a surprise when one hears about the Vikram Pendse Cycle Museum, opened in May 2017 by cycling companions Vikram Pendse and Pandurang Gaikwad.

Located in Pendse’s bungalow in Pune, the museum houses over 150 cycles—the oldest being the 1914 Sunbeam Cycle from England—as well as cycling equipment, historical spare parts and cycling accessories such as tires, seats, bells, pumps and lamps. Along with cycling ‘artefacts’, the offbeat museum maintained by Pendse and his family also has household items such as typewriters, alcohol bottles, keychains and sewing machines on display.

The Conflictorium is an attempt to defy the limits of human memory and serves as a constant reminder of the repercussions of conflict. The participatory museum addresses the theme of conflict and traces the oppressive past of Gujarat from 1960 onwards.

Established in 2013, it is divided into seven spaces. While the ‘Conflict Timeline’ explores the history of conflict in Gujarat, ‘Empathy Alley’ showcases post-Independence political figures and lets visitors listen to famous speeches by these visionaries. The ‘Gallery of Disputes’, created by graphic designer Mansi Thakkar, aims to establish various kinds of conflicts and their consequences by drawing from a wide range of literary sources, from Panchatantra by Vishnu Sharma to George Orwell’s Animal Farm.

The ‘Power of the New’—a sound installation by Avni Sethi, the curator of the Conflictorium—introduces the ‘layered history of the building and locates the audience-participant with this continuum’ and the ‘Moral Compass’ lets the visitors read and touch the Constitution of India. ‘Memory Lab’ allows visitors to relieve themselves of their innermost thoughts by letting them add notes to empty jars on the shelves. Arguably the most interesting installation at the museum is ‘The Sorry Tree’ (a peepal tree right outside the Conflictorium), a reminder to visitors of the power and importance of apology.

The Doc’s Locks Museum in Ahmedabad, managed and run by paediatrician Dr Hiren Shah, is one of the most unique museums in India. If the name of this museum gives you the impression that it is all about the love of locks, you’d just be skimming the surface. For the Shahs, ‘LOCKs’ is an abbreviation for 'Lovers of Old Collectables and Knick-knacks', and the museum houses numerous items one finds in nostalgia shops, with a personal narrative attached to almost every item.

What this museum lacks in formal displays and in-depth historical accounts of its collections, it makes up through the charm of personal accounts. Located inside Dr Shah’s house, the collections range from antique furniture and sculptures to, of course, locks and keys, and even a 250-year-old jharoka (an ornate window frame) that he bought in 200 pieces from a village in South India.

Entry Fee: Free (at least 10 registrations required for a visit and guided tour)

While one might not look at a broom as anything but an object for cleaning the house, one can’t deny its significance. Not many of us realise that the humble broom can have numerous incarnations—that is, till you enter Arna-Jharna, the Desert Museum of Rajasthan. The museum includes a collection of over 160 types of brooms from Rajasthan and elucidates their connection to the surrounding biodiversity. The brainchild of leading folklorist and oral historian Komal Kothari, the museum not only offers insight into the ecology of the desert through interactive learning, but also illustrates how an abandoned sandstone mine can be turned into an enlightening experience.

Within the museum’s compound there is also a mine crater that has been converted into a lake, where one can find many migratory birds. This makes the museum a popular spot for birdwatchers. By virtue of being an open-air museum, Arna-Jharna breaks the traditional perception of museums being enclosed spaces. It celebrates the openness of the desert and includes the flora and fauna of its surroundings, reminding visitors that history is present around us at all times.

This article was also published on The Indian Express